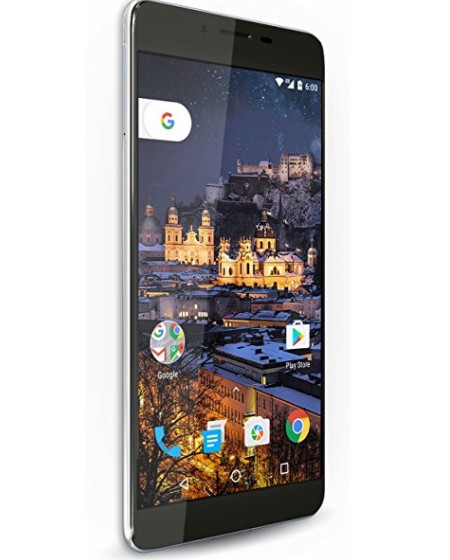 When it comes to smartphone models, many of us would prefer to settle for a marquee device, like an iPhone 7, LG G6, or the Samsung Galaxy S8. After all, it showcases just how savvy we are in the world of technology, not to mention letting us gain access to the latest operating system updates. Well, there are millions more others out there whose lives would be made far better with a smartphone, except that the smartphones they own would have to be of the mid-range category since that is all that they can afford. Enter the FiGO Gravity.

With the FiGO Gravity, your lofty ambitions of owning a high end smartphone can now be brought down to earth, as the Gravity will have the capability to let you communicate, socialize, and experience the world around like never before. The flagship smartphone from FiGO, it will arrive in an ultrafine design with a super sleek metallic body. Not only that, they have thrown in a fingerprint sensor for security purposes to keep up with the times. Just what kind of hardware does the FiGO Gravity pack?

It will feature Dual Sim 4G LTE with an octa-core processor, accompanied by a HD IPS 2.5D 5.5″ display, 3GB of RAM, 32GB of internal memory and a microSD memory card slot, a 13MP shooter at the back with a 5MP selfie camera, a 3,000 mAh fast charging battery, and an Infrared blaster. The FiGO Gravity will be an unlocked handset that does not need any contract at all, which means just about anyone can jump right on board without missing a beat. What do you think of this particular handset? It might not come with the smug factor of owning a flagship smartphone from a more established company, but as long as it gets the job done without breaking the bank, then it is perfect! The $129 asking price is definitely well within reach of just about everyone!