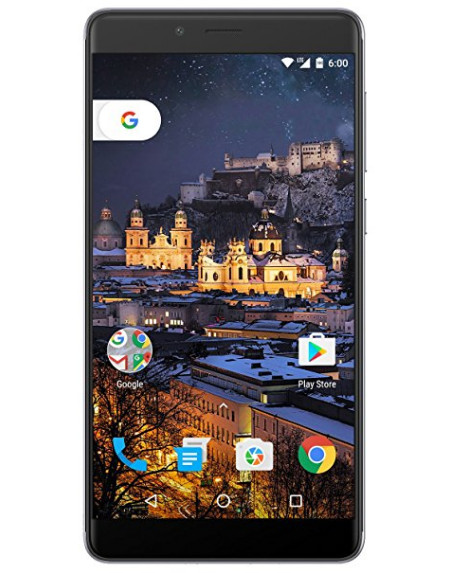 Take a break from all of the high end smartphone models that you have heard of, from various brands that will cost you an arm and a leg. Assuming you have a mere $159 in your pocket, what kind of communications device would you be able to end up with? Not much, right? Apparently, there are still bargains to be found at such a price, and the FIGO Gravity is one such smartphone. The flagship smartphone from FIGO underlines the company’s intention to create and enhance the life experiences which mobile devices allow.

Arriving in an ultrafine design, the extremely sleek metallic body will house a slew of respectable hardware specifications — including a fingerprint sensor which will help increase the security level of your device. Other models in the past from FIGO include the Virtue, Atrium, Epic and Duos, and it is nice to see the FIGO Gravity make a splash this time around.

With the FIGO Gravity, you end up with a 5.5-inch Full HD display, Dual SIM slots that will help you separate your professional and private lives, 4G LTE connectivity, an octa-core processor that runs proceedings from underneath the hood, 3GB of RAM, 32GB of internal memory that can be further expanded by another 32GB through a microSD memory card, a 13MP shooter at the back with a 5MP camera in front for selfie lovers, a 3,000 mAh battery with fast charging capability, an Infrared Blaster, and the aforementioned fingerprint sensor.

All of the above are crammed into a chassis that measures 151mm x 76mm x 7.7mm, tipping the scales at 163 grams. It will have Android 6.0 Marshmallow as the operating system of choice, and it remains to be seen as to when Android 7.0 Nougat will arrive for it. The $159 asking price for an unlocked device of this caliber is definitely a worthy carrot to be dangled in front of aspiring smartphone owners.