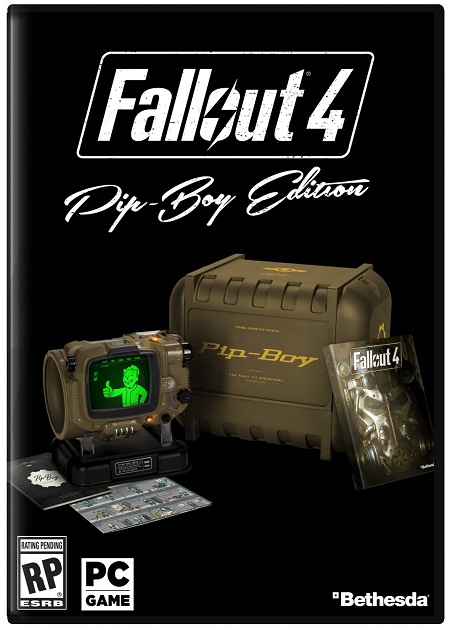 This week is the best week ever for gamers. The Electronic Entertainment Expo, better known as E3, is happening right this very second. Tons of exciting titles have been announced such as Shenmue 3, a remake of Final Fantasy 7 (finally), and The Last Guardian (finally…again). Of course, the announcement of Fallout 4 was cause for just as much rejoicing, but Bethesda had something else up their sleeves to make us want to throw more money at the screen.

There’s a Pip-Boy edition of the game coming out, that comes with an actual Pip-Boy! It is a bit large compared to what you might see in the game, but that’s likely due to trying to accommodate for all the people of various sizes that will want this to fit them. Of course, there are foam cuffs to make sure it’s not just hanging awkwardly on your wrist if it’s too big. Rather than just having a light-up screen, this uses your phone which will act as your second screen when playing the game in real-time (through an app of course).

There are foam inserts for various types of smartphones to make sure that your phone isn’t jostled about as you flail your arms whilst playing. The knobs can be rotated and the lights are functional, adding to the awesomeness of the fact that you’ll be able to manage your inventory, perks, holotapes, and more from your wrist. There are other goodies included in this special edition such as a RobCo Industries stand, custom-printed capsule, and of course, the game. This is going to cost you $120, and while it is currently unavailable, it should be up for pre-order for PC, PS4, and Xbox One again before the release on November 10th of this year.

Stay up-to-date on Amazon and Bethesda