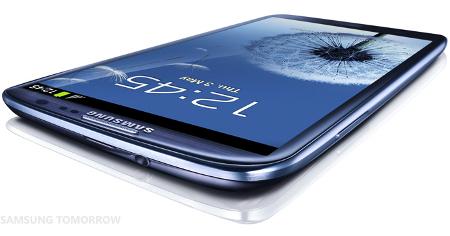 There have been cases of exploding smartphones in the past, or basically, handsets that just caught fire without any prior notice, but it is a good thing that no deaths to date have been attributed to an exploding phone – smart or otherwise. I am sure the guys would be extremely relieved, knowing that there is the danger of the family jewels being exposed to the unnecessary risk of a wild bushfire in the event that something like this happens. When the Samsung Galaxy S3 was announced to the masses recently, this was touted to be the next best thing since sliced bread – of course, this would be from Samsung’s point of view.
Generally speaking, most folks would find the Galaxy S3 to be a worthy successor to the Galaxy S2, and reviews to date have been more or less favorable towards this Android-powered device. However, it was not too long ago that someone reported that his spanking new Galaxy S3 smartphone caught fire, and this happened in Ireland last month, which obviously sparked off concerns that Samsung might have rolled out a subpar product. I guess truth stands eternal, and in time (just a month or so later), investigation results by fire investigators claimed otherwise, where an external energy source was responsible for the fiery incident.

Samsung mentioned that an investigation led by Fire Investigations (UK) did state specifically that the Samsung Galaxy S3 is not the culprit responsible for the cause of the fire, where an “external energy source was responsible for generating the heat”. This is in stark contrast to what a Dublin-based consumer posted on a website last month, where he commented that his Galaxy S3 had “exploded” while mounted on his car dashboard. This happened as he was driving, where a white flame, complete with sparks and a bang, came out from his phone.
FI-UK, an independent British provider of consultancy services into fires and explosions whom Samsung hired to determine the cause of the fire, said after a battery of tests, “The only way it was possible to produce damage similarly to the damage recorded within the owner’s damaged device was to place the devices or component parts with a domestic microwave.”
It seemed that the entire thing had been a sham all this while, where the unnamed user’s latest comments claimed that the phone was recovered from water and the damage “occurred due to a large amount of external energy” – which was the cause of the fire, as he most probably microwaved his phone to dry it out. I do not know whether to laugh or to cry though, what about you? Definitely a face palm moment.
Source