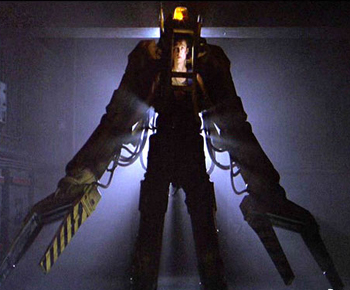 Remember that great scene in Aliens 2 where Ripley wants to help and hops into a exoskeleton loader and picks up a pallet of military equipment that weighs hundreds of pounds? The Catepillar style exoskeleton does all the work, but Ripley’s controlling the arms and legs like they’re extentions of her own. Well, with the Sarcos Military Exoskeleton, that day is here. 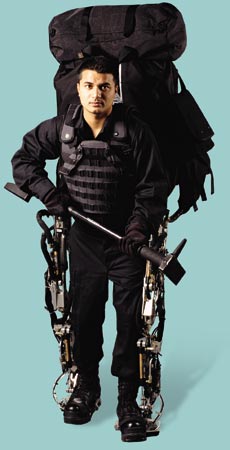 Winners of the Defense Advance Projects Agency (DARPA) exoskeleton program, the Sarcos suit promises to allow soldiers to “run faster, leap further and carry more.” The system uses dozens of tiny servo motors to do the job of moving hydraulic fluid via high pressure lines to servo valves on each joint. Test users have been able to easily lift hundreds of pounds with hundreds of reps, perform repetitive tasks like loading and unloading heavy equipment, even walk dozens of miles uphill, all by mimicking movements with super human strength and with very little fatigue for the man inside the suit.

The ExoSkeleton has been in development for six years and in the future, Sarcos hopes to create an autonomous model which can operate on its own after the user gets out to perform a separate task.

And not only can the Sarcos Exoskelton be of benefit on the battle field, but it could also help in the civilian world. Imagine rescue workers hoping into an exoskeleton to remove debris from a collapsed building, or a partially disabled patient being able to live a normal life with the help of an exoskeleton to handle the work his legs can no longer do.

US Army testing for the Sarcos suit begins early next year.
Source: Live Leak via Engadget