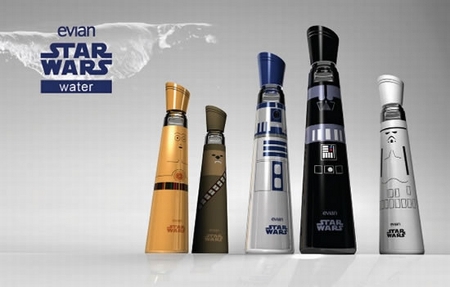 Just how many kinds of cash cows do you think George Lucas owns? Well, actually he does not need that many, only one, and that ought to be more than good enough for some of the poorest countries in the world to form bulk of their GDP. I am talking about the Star Wars franchise, where the first three films really made sure that it established a global fan base, and most recently at the turn of the century, the second trilogy would have roped in a whole new generation of Star Wars fans who will most probably be able to identify a sliver of that kind of ‘magic’ that their parents spoke about when they first watched Star Wars all the way back in 1977.
Well, six films in the entire space opera has spawned its fair share of merchandise, allowing George Lucas to literally swim in a pool of money without missing a beat. Just which product line or idea has yet to feature a Star Wars theme or character? Coming up with an example would be pretty hard, as you will find not only officially licensed Star Wars products, but fan made features as well. Here we are with Evian bottles that have received the seemingly magical Star Wars touch. Find out more about these bottles after the jump.

French luxury mineral water brand Evian engaged designer Many Brenchys to deliver these Star Wars themed bottles of mineral water to the masses, where these bottles were specially designed to resemble famous Star Wars characters as well as lightsabers, while increasing the final sticker price on these bottles by $2. That is not too much to ask if you are a collector, is it?
With the 3D version of the Phantom Menace being released next year, you can more or less guess that this is going to be a blockbuster as with its predecessors, never mind that the storyline is super weak with Jar Jar Binks inside. Expect a 3D Blu-ray edition to be released after that, and it does lead me to wonder – how does George Lucas intend to spend all of his wealth in the long term?
Source