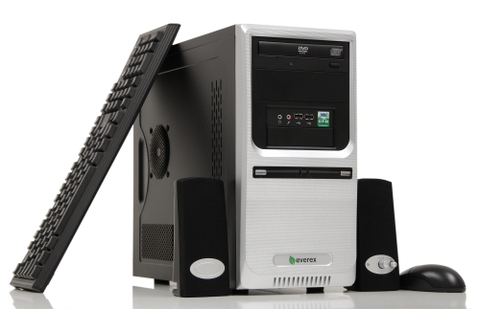 It’s every consumer’s goal to get more for less. That is unless you’ve got money coming out your ears, then you don’t care how much it costs, as long as you’re the only one that has one. If you’re a frugal shopper in search of a new computer, Everex’s new TC2505g PC might just be what you’re looking for.

First, let me start off by saying that this computer is no power-house, in fact it is quite the opposite. It was built with the environment in mind, so it’s going to consume as little power as possible. Under the hood you’ll find a 1.5Ghz VIA C7 CPU, 512MB of RAM, an 80GB hard drive and a DVD burner. Those specs won’t exactly blow your mind, but it’s still enough to take care of your everyday computing needs. The price is what makes this PC really shine. After all, how many other computers can you get for $200?

You’ll probably want to know what the catch is? Of course, there is one, but it’s really not that bad. The TC2502g comes with a copy of Ubuntu Linux installed. That’s right, no Windows here. Honestly, the Ubuntu OS really isn’t half bad. They’ve even gone out of their way to make Google’s online applications launch from the desktop, and a copy of Open Office, which in my opinion is just as good as Microsoft Office. If you absolutely must have Windows, it can be installed on this PC, but then you would be better off just purchasing a computer with it preinstalled.