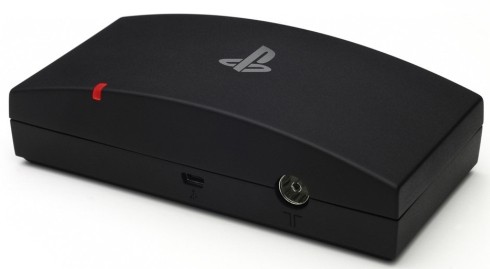 Following up on our post of July 21st about the Play TV add-on accessory for the PS3. It has now been leaked that Sony is adding a feature that will no doubt cause every PS3 owner in the US to salivate with desire. The DVR add-on with have no Digital Rights Management and will “export [recorded] videos to your PS3’s XMB menu as MPEG-4 video for free use on other devices.”

This is presumably to take advantage of the synergy with the PSP. But what a great idea – the Playstation 3 is already the number 1 Blu-Ray DVD player in America, perhaps even the world. For Sony to put out a DVR component accessory which will not only expand the PS3’s capability but also add synergy to the PSP and other media players is simply a stroke of genius. And it gets better.

According to Joystiq, the PlayTV unit comes with two high definition tuners allowing users to watch one channel while recording another – and enjoy it all in 1080p. 1080p folks. Full High Definition with no DRM. I’m sure lawyers at the MPAA are working overtime to draft legislation to prohibit the PlayTV from ever being sold here in the States. But thanks to Amazon.UK, will it be too long before they start popping up on eBay? You can bet I’ll be looking for them.