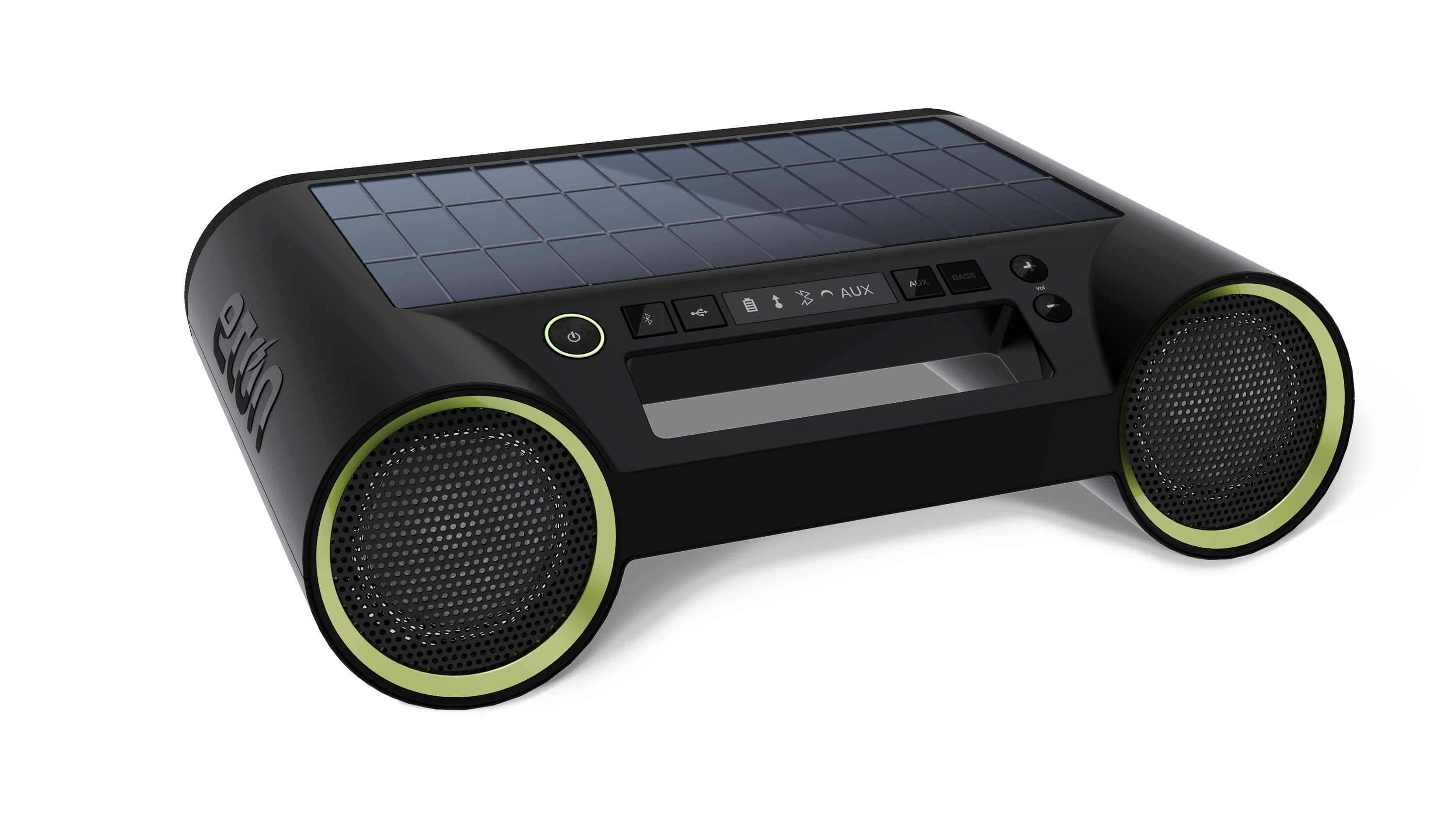 Eton has produced a lot of solar-powered, energy efficient gadgets over the years, and so I had to stop by at CES to see what they had for 2012. I found that they were raising quite a ruckus with their Rukus.
The Rukus is the first portable Bluetooth sound system with a solar panel to wirelessly stream music from a compatible device. As you can see, it is made to be portable, and the speakers are pretty admirable, and they produce some pretty kickin’ noise.
What really sells the Rukus is its 40 square-inch solar panel that can harvest the sun’s energy, and it takes about six hours of direct sunlight for a full recharge. The Press release says that it “never runs out of power”, but that might be too much of a boast. It is very energy efficient, and can be charged via AC adapter. By the way, the Rukus has an integrated USB port so it can charge other devices.
Although you can’t see it very well in the photo, the Rukus has an E Ink SURF segmented display, which can display information without draining the onboard battery. The display can also be read in direct sunlight and at a 180-degree viewing angle.
The Rukus will be available someone in Q2 for about $149.95.