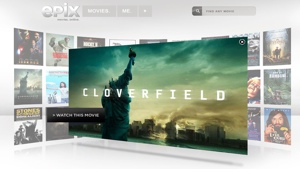 Considering the amount of online movies on Hulu and Cracke that I watch, it would appear that three studios (MGM, Paramount, and Lions Gate) are going to have a different approach to online films.

The films that Epixhd.com will show are the ones that you will want to see. These are the films that have already had their run in the theater, but haven’t come out on DVD just yet.

Wow, I could really access these films in Full HD (720p streaming) from my computer? That sounds too good to be true. Well, it sort of is. You see, Epix wants to use servers in IPS data centers, so you would have to sign up with TV distributors for it. So unless you have a TV cable provider that is also the same provider as that Internet service, good luck at seeing Epix.

Oddly enough, it would appear that if you did have this arrangement, Epix would be free to you. Okay, so you are telling me that I could watch Wolverine on my computer in the next few months for nothing? And not that one Wolverine film that got released before the movie was out in theaters, but this version would be before the movie comes out on DVD.

An application like Epix could change the movie industry in an epic way. We shall see. Right now, it is only available in private beta.