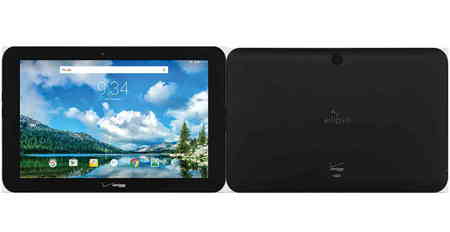 It has been said before, and it will continue to be said – at least for quite some years more, that the tablet world is more or less divided into two different segments. One of them would be the iOS platform from Apple, while the other huge chunk would merrily ride on Google’s Android mobile operating system. The thing is, there are Windows-powered tablets in the market as well, but the presence of those are marginal at best. Verizon has decided to roll out a so-called sequel to its previous home-branded tablet, calling the new tablet the Ellipsis 10. The Ellipsis 10 is touted to be powerful enough to get everyday work done while you are on the move, accompanied by a stunning display, clear sound and massive battery life.

In terms of connectivity, there should not be too much to worry about, as the Ellipsis 10 from Verizon will arrive with support for Verizon’s 4G LTE network to make sure that you get blazing fast connectivity whenever you are in the vicinity of their LTE network. Powered by the Android 5.1 Lollipop operating system, the Ellipsis 10 will arrive encased in a beveled-edge design with a soft-touch rear enclosure, making it not only nice to look at, but also to hold as well.

Your eyes will be greeted by a 10.1” 1920×1200 pixel display which will allow one to experience movies, photos and games in stunning high definition. This particularly gorgeous screen will be bolstered with smart amp sound technology and angular firing stereo speakers, ensuring that power and volume are boosted for a brilliant audio experience. Right smack in front would be a 2MP shooter as well as a rear-facing 5MP camera, letting you capture photos and 1080p videos on the move. An anti-fingerprint coating makes sure that the whole device will not end up smudged when your interested mates hold and play with it. .