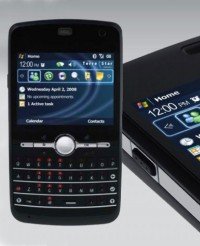 CTIA Wireless 2008 was the platform where Elektrobit released its dual-mode satellite terrestrial HSPA handset, and this modern marvel has stirred quite a fair bit of interest. It touts itself to be the “first fully IP-based Quad-band GSM-satellite phone” which features a touch screen display, a full QWERTY keyboard, Bluetooth and WiFi connectivity, USB, and GPS navigation, all powered by the Windows 6.1 mobile operating system. It will come in a PDA form factor, where users in the US will be able to seamlessly and securely connect via both the satellite and terrestrial components of the TerreStar network. That is currently the sole carrier at this stage, so who knows whether there will be others in the future?

Some of the specifications to be included into the EB-TerreStar reference designs include :-

No idea on how much this will cost when it finally hits the market though, but it looks (and sounds) set to be one feature packed smartphone.