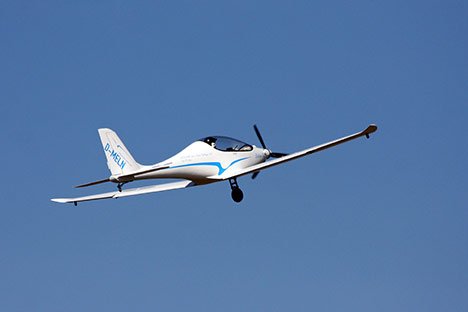 Considering the big move of getting all of our cars to be electric, I guess it was only a matter of time before our planes went electric too.
NASA has recently sponsored a CAFE Green Flight Challenge, and this Elektra One is the PC-Aero entry. The plane is a single-seater aircraft, and it completed its main flight of 500 meters high and then quickly landing, all on batteries. On its second flight, the Elektra One stayed in the air for about half and hour.
Yeah, that doesn’t seem long in today’s world of flying, and 3 hours of flight time for a speed of 160 kph doesn’t seem that long either. Aren’t we saying that about electric-powered vehicles a few years ago?
In other words, we probably have a long way to go before our jumbo-jets will be completely green-powered. I am seeing an image from the future of a plane that “plugs-in” while the passengers are unboarding and boarding.
The future also looks quieter for electric planes, which means that the days of hearing deafeningly loud planes pass over are going to be a thing of the past. Part of me wants to think that technology like this is decades ahead of us, but another part of me wants to believe that we aren’t too far away from it.
Source