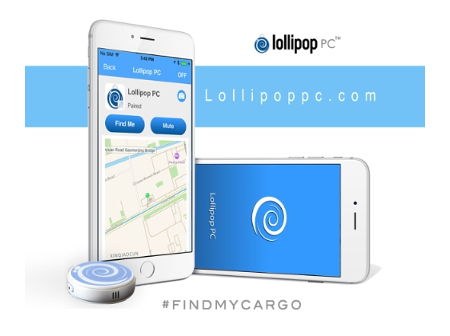 EbitCreative is a brand new start-up wearable technology company, and they have just announced the launch of their very first product which they have called the Lollipop PC. Make no mistake about it though, as the Lollipop PC has nothing to do with the Android mobile operating system version. Basically, the Lollipop PC comes across as a kind of mobile application that has been specially designed to help busy women get through the day while keeping their sanity intact.

Just what is the Lollipop PC all about? This happens to be a tracking device that will connect to smartphones in order to create a preset safety perimeter which protects the likes of children, pets, phone, keys, purse, bike or any other cargo in which you deem as precious. If you need a more concrete example to get a better idea of things, how about this. You happen to be in Disney World with three children, and one of them ducks behind a water fountain and there’s a moment of panic. The Lollipop PC will do its bit right there and then by restoring peace of mind as it locates the child in an instant. What about a different scenario, where you are late for a meeting and are unable to find your car keys. The Lollipop PC would certainly do its bit to come to the rescue.

The magic – or rather, science behind the Lollipop PC is this. The tiny disc functions as the tracking device. Imagine placing it in a wallet compartment, on your key chain, in your child’s pocket or on your pet’s collar. After that, assuming you walk away from your car for a moment so that you can take a call while your child is in the back seat, your smartphone will quickly alert you that you have already gone too far, and hence, reminds you that it is in your best interest to return to your car in double quick time. Apart from that, there is also a “find” button which enables you to quickly locate misplaced items and you can connect multiple devices and name them all.

This is definitely one of the cooler tracking devices that we have seen to date.