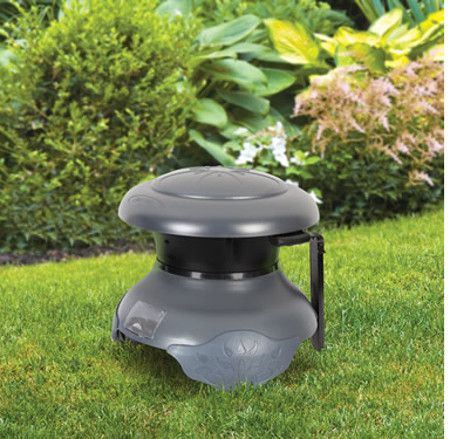 Summer might be a great time to spend plenty of time outdoors, but with it comes its fair share of hazards. Case in point, there is this small matter of mosquitoes, which happen to be pests on their own, with some strains actually carrying selected parasites that could result in deadly diseases upon being bitten. Well, other than putting on some mosquito repellent, you might want to settle for something a little bit less traditional – the $149.95 Dusk Activated Half Acre Mosquito Trap.

As its name suggests, this particular mosquito trap is great for half an acre, where it will automatically kick into action when dusk falls, and it is a time when mosquitoes tend to be most active. It will work all the way till dawn, where it will then turn itself off automatically. Great for camping trips, the Dusk Activated Half Acre Mosquito Trap comes with a built-in light sensor as well as a trio of attractants that will do their bit to lure mosquitoes. The LED light will oscillate at selected frequencies which have been proven to appeal to mosquitoes’ spectral sensitivity, while infrared heat simulates human body temperature, alongside the scent of octenol, which is similar to that of the chemical found in human breath. Mosquitoes that come close to the unit will see the built-in fan pull them into a collection bag, where they will remain trapped, and subsequently, die.