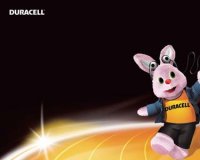 Duracell is a household name when it comes to batteries, and the company has just announced a brand new Pre-Charged Rechargeable battery that comprises of nickel metal hydride (NiMH) cells which are fully charged and ready to use out of the pack. This new rechargeable technology also makes it possible to retain power for up to 365 days when not in use, which is an extremely impressive margin considering how other rechargeable batteries require a trip to the charger long before a year is up.

The Duracell Pre-Charged Rechargeable batteries will be made available to consumers nationwide this fall, and this timing is definitely impeccable. After all, you know just how many presents opened up in the upcoming festive season require batteries to run! What’s neat about this new battery technology is the ability to be charged hundreds of times in virtually any NiMH battery charger before a new set is required. They were specifically designed to be used in high-drain gadgets such as digital cameras, portable handheld consoles, and MP3 players. Since they’re ready to be used out of the box, it makes perfect sense to pick this up over standard rechargeable batteries that need to be plugged in for hours before their initial use. Other advantages include the ability for these batteries to stay charged longer as well as having less needs to be recharged frequently.

According to Tim Makris, director of marketing, North America, Duracell, “In today’s constantly connected world, consumers want batteries that are ready when needed and that last longer in power-hungry devices like digital cameras. Our new Pre-Charged Rechargeable batteries are reinventing the rechargeable experience by delivering instantly ready, advanced power that will deliver more satisfaction than ever before.” Strange for him to mention that Duracell is reinventing the rechargeable experience, as Sanyo has already gone ahead of them since last year with the Eneloop batteries that shares a similar concept. Still, you’ll be able to pick up the Duracell Pre-Charged Rechargeables from this month onwards, where a four-pack will retail for $12.99.