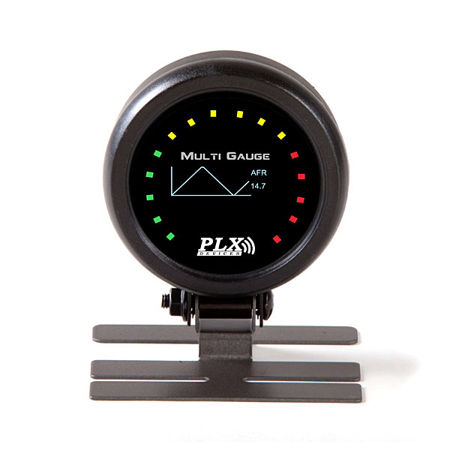 I am quite sure that many of us have already watched at least one of the Fast and Furious series, or perhaps the rest of us love the Initial D anime and manga from Japan, where it depicts this boy, Takumi Fujiwara, who does look to be one of the most unlikely candidates to be a decent driver, but somehow defies the odds with his superhuman ability all the time. Well, you might not have the kind of mad skills in order to participate in a race not only now but in the future as well, but this does not mean that you are unable to do your part to make sure that your ride looks up to date. Why not go ahead and splurge $249.99 on the DM-100 Universal OLED Touch Screen Automotive Gauge?

This is a plug and play device, where it will be able to do stuff like measuring the RPM, vehicle speed, and engine load among others, in a far cooler way compared to the dials on your dashboard that already depict all that. Apart from that, the clever incorporation of soft start technology has certainly gone some way in prolonging the oxygen sensor’s life. This is an all-in-one kit which will allow you to connect your gauge to the onboard diagnostic port of any 1996 or later vehicle, allowing you to enjoy on-screen readouts in a jiffy without the need for any calibration, how neat is that?