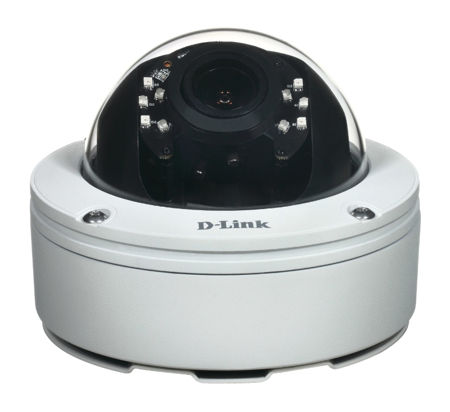 The world is far from being a safe place with all that is going on these days. The thing is, what can we do to make sure that our surroundings are as safe as possible, or at least, there is a witness to whatever untoward that happens? Well, this is where a security or video camera would come in handy – although one might find it rather difficult to pick and choose from a myriad of choices out there. The folks over at D-Link are no strangers when it comes to network cameras, and this time around, they have announced not one, but a pair of 5-Megapixel day/night IP cameras in order to supplement its popular range of professional IP surveillance and security products. The two cameras in question would be the 5-Megapixel Dome Network Camera (DCS-6517) and the 5-Megapixel Bullet Network Camera (DCS-7517).

Some of the common features with the two would be a resolution count of 2560 x 1920 pixels as well as digital WDR image enhancement, allowing these cameras to capture further detail compared to traditional IP cameras. This makes it especially useful when checking out items such as vehicle license plates, faces and currency.

There will be a couple of form factors available to the masses, which would be an indoor/outdoor dome (DCS-6517), as well as an indoor/outdoor bullet (DCS-7517). These cameras are perfect even for the most demanding surveillance applications. In order to maximize bandwidth efficiency and improve image quality, the two cameras are able to deliver real-time video compression thanks to the H.264 and MJPEG codecs, as well as support a trio of separate profiles for simultaneous video streaming and recording. This versatility enables a wide variety of security applications, such as monitoring public areas, enforcing access control to restricted areas, deterring criminal activity, or monitoring inventory.

Both of these cameras will sport rugged IP66-rated weatherproof housings, accompanied by integrated heating and cooling capabilities in order to ensure reliable operation from -40 degrees F to 122 degrees F. Not only that, the DCS-6517 dome camera will feature IK10 vandal-proof housing to protect it from damage when mounted in public areas. The 5-Megapixel Day/Night Outdoor Dome Camera (DCS-6517) will have an asking price of $699.99 a pop, while the 5-Megapixel Day/Night Outdoor Bullet Camera (DCS-7517) will retail for slightly more at $849.99 each.