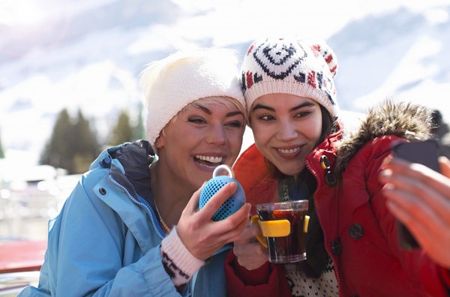 Mother always said that we ought not to judge a book by its cover, and in more than one aspect, she is correct. After all, you can never tell what lies in the writing once you have gotten past the carefully crafted cover. Having said that, tiny speakers, as a rule of thumb, are generally unable to deliver quality audio, simply because it lacks the adequate punch or drivers to do so. Divoom intends to reverse this thinking to a certain degree with the introduction its second generation Bluetune-Bean, which so happens to be a pocket sized high-quality speaker that will boast of a selfie remote shutter and has the ability to clip onto a backpack, purse or luggage, now how about that when it comes to hands-free musical enjoyment?

The Bluetune-Bean’s selfie remote shutter will allow users to give 100% focus on achieving the perfect angle regardless of the photo, so that users can capture plenty of selfies all the while pressing a convenient button that is located on the speaker’s side. This would surely be a boon to anyone who loves nothing better than to take photos of themselves when they travel to new places – so solo travelers or couples who would like to have both faces in a photo might consider getting this, too.

Apart from that, once you are done shooting photos, you might want to chill out with quality music, and you are dying to share the tracks that are within your smartphone. Bluetooth 3.0 connectivity in the Bluetune-Bean does enable it to seamlessly stream music from any Bluetooth-enabled device – and it has a battery life of up to half a dozen hours. Not only that, this Bluetune-Bean would also boast of speakerphone capabilities, so that users can enjoy hands-free calls via its built-in microphone as and when required.

How does it deliver superior, pure acoustic sounds? Through its proprietary passive bass radiator, and one can pick it up for a highly affordable $24.90 as it arrives in blue and silver, red and black, white and purple, or black and green color combinations.