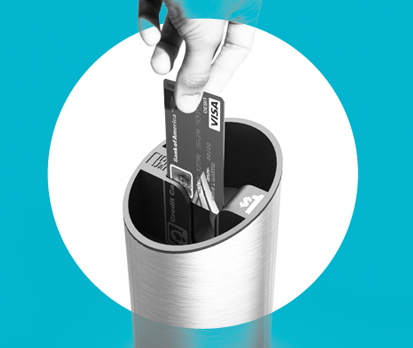 If you’ve ever worked at a restaurant, coffee shop, or any other food service location, then you know how hard those jobs are. You are constantly running back and forth, trying to make people as happy as possible and often for an embarrassingly small amount of pay. Servers are paid less than $3 an hour, so they rely on the tipping system to sustain them. However, we are moving towards a cashless society, which means patrons often forget to bring cash.

This is especially hard for those that work at counters, as you never know whether or not you should tip (answer: you should). The TipJar is hoping to change all that, by making it easier to leave a quick tip with your credit card. This looks like a tip jar, but has a credit card slot in the center in which you can put your card, wait to hear a ding, and pull it out. The tip is set at a certain amount, so you won’t have to worry about doing math on a receipt or touching a keypad.

While this isn’t widespread just yet as they’re still fixing a few bugs, it’s likely going to start cropping up more and more as there’s less cash around. There’s also the issue of transaction fees from credit card companies for every swipe, which means only 80 cents from every dollar would be going to the server. While this isn’t something you can purchase willy-nilly just yet, you can find out more on their website.

**Update** I received word from a reader who informed me the “fixing the last few bugs” phase has been happening for close to 5 years. They were trying to purchase these for a business venture, but after multiple promises about receiving a beta-test product and getting nothing, they gave up. This might not ever fully come into existence through this company, so do keep that in mind.