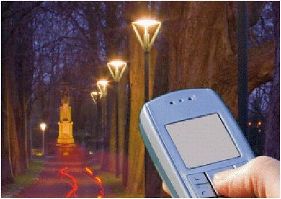 Street lights are probably one of the biggest energy wasters that I can think of. Don’t get me wrong, because there is always someone out in the middle of the night who needs a little bit of illumination to find their way home. However, no one in their right mind would leave a light on all night when it is only needed for a few minutes.

This is why a few towns in Germany have invented the Dial4Light. This is a system that allows the user to turn on street lights with their mobile phone. Once they have dialed up to turn the light on, the light will automatically go off after about 15 minutes.

The German towns that have tried this system have already seen a twenty-five percent drop in their electric bill, which is enough to justify implementing a Dial4Light system like this in every town.

Of course, this raises a lot questions. For example, how will the user know what number to dial to turn on the lights? I suppose there could be signs on the street lamps, but how would the user see them if it is dark out? I suppose that you could simplify this using motion-sensors, but moths and other animals have a way of setting these off unnecessarily.

Dial4Light is clearly on the right track for making a device to save energy, and there needs to be more systems like that to really “save the planet”.