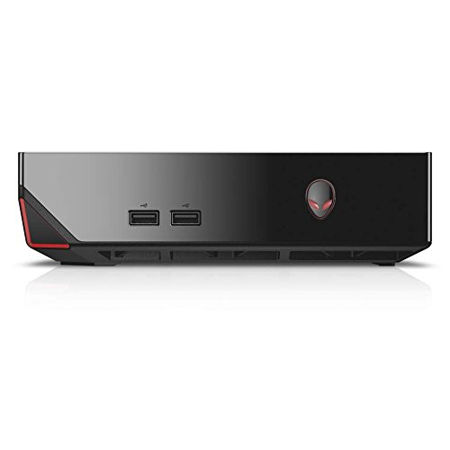 When it comes to gaming, there are many different options that one is able to choose from, and while some folks prefer the reliability of a console, where you are more or less guaranteed to be able to play any game that is released on that particular console, others prefer the flexibility of a gaming PC that would let you tweak its performance capabilities accordingly. Dell’s Alienware brand has released a fair number of high end gaming products in the past, but this time around, they intend to deliver a true next-gen gaming experience by offering the best of both worlds – both in the console and PC gaming departments, of course.

With the Alienware Alpha, one will be able to enjoy more than 600 Steam controller-supported games right smack in the middle of into your living room. The Alienware Alpha is deemed to be the first PC gaming console in the world that delivers the ease of a console, and yet offers the freedom of a complete PC. Expect the Alienware Alpha to pack the most recent technologies from Intel and NVIDIA, coming in a form factor that is only a fraction of the size of the existing “next-generation” consoles. The Alienware Alpha boasts of a striking design that is undeniably Alienware, and yet it does not look as though it is out of place when placed under your TV.

While you can have it run on Windows 8.1, the Alienware Alpha will boot straight into the Alpha-UI, which happens to be an exclusive user interface that offers streamlined controller-based navigation, which means that there is no need for any kind of mouse or keyboard. Alpha-UI would allow one to select Steam Big Picture, adjust system and AlienFX settings, all straight from the comfort of your couch.

It will take full advantage of the NVIDIA GeForce GTX 860M, which happens to be based off NVIDIA’s latest Maxwell architecture, letting Alienware eke out even more performance by customizing the GPU so that it can run at speeds which are not found in other devices. Apart from that, gamers will not miss out on a single frame. Hardware specifications include a Microsoft Xbox 360 Wireless Controller, a choice of Intel’s 4th generation Core i3, i5 and i7 processors, up to 8GB of DDR3 memory, hard drive options up to 2TB and the latest Intel Wireless 802.11ac adapters, all sporting an asking price of $549 a pop.