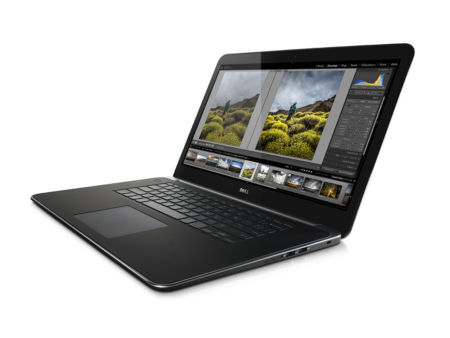 When it comes to notebooks, there is this particular tension that computer manufacturers will have to work with – that is, to cram in a whole lot of power, or to make it as light as possible? It is a careful balancing act between the two, and Dell might have hit a winning formula with its latest Dell Precision M3800, which has been touted to be the thinnest as well as lightest 15” mobile workstation in the world. Said to merge both beautiful design in an ultra-thin form factor alongside delivering workstation-class performance, the Dell Precision M3800 is truly an uncompromising system for digital content creators as well as engineers who are on the lookout for portability, power and stylish design in order to match their image and environment.

Just how thin is the Dell Precision M3800? For starters, it will measure less than 0.75” thin (that would be the equivalent of 18mm), and will tip the scales at 4.15 pounds. Not only that, since it packs quite a punch, it obviously would need a cooling system that will match its performance, which is why there is dual-cooling. As for its battery, it is said to deliver up to 10 hours of battery life with NVIDIA Optimus technology for extended productivity, allowing users of the M3800 to edit video at a shoot, presenting CAD ideas to customers in style or rendering 3D animation and modeling on the road.

As for the operating system of choice, you can pick between Windows 8.1 Pro (64-Bit) or Windows 7 Professional (64-Bit), where it has also been loaded with up to 16GB of RAM, powered by a 4th-generation Intel Core i7-4702HQ 8 threaded quad-core processor with up to 3.2 GHz clock speeds. Graphics-wise, you get an NVIDIA Quadro K1100M GPU with 2GB of GDDR5 dedicated memory, and where storage is concerned, you would be spoiled for choice. The Dell Precision M3800 comes with the ability to hold up to two storage devices, with a maximum of 1.5TB of storage (HDD, SSHD, or SSD).

If you are interested in picking the Dell Precision M3800 up, it will be available worldwide this coming November 14 with a starting price of $1,799.