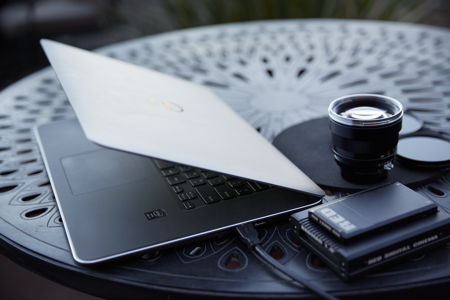 Time sure flies past quickly when you are having fun, and it was not too long ago – slightly more than a year and a couple of months since the Dell Precision M3800 mobile workstation was released to the masses. Back then, it was touted to be the thinnest as well as lightest 15” mobile workstation in the world. Well, how much has changed since then? Not much actually, and the Dell Precision M3800 remains pretty much at the top of its game in terms of being the thinnest and lightest model in its class, but this time around, it has received a hardware refresh in order to keep up with the times – which means the Dell Precision M3800 will now arrive with a 4K Ultra HD touch display alongside Thunderbolt 2 technology, now how about that?

We are looking at a 4K Ultra HD (3840 x 2160) resolution display and IGZO technology accompanying it on its vivid 15.6-inch UltraSharp touch display that is made with Corning Gorilla Glass. As a result, your eyes are treated to rich, saturated color and stunning brightness, letting one view content in even greater detail than was possible before. We are looking at over 8 million pixels, where the 4K Ultra HD screen option happens to be the highest resolution panel available on any 15-inch mobile workstation in the market today. Yes, this means having 3.4 million more pixels than the Retina display on the Apple MacBook Pro 15-inch, not to mention being able to experience 59% higher resolution.

Having a Thunderbolt 2 port, it will offer transfer speeds up to 20Gbps, which allows the viewing and editing of raw 4K video, all the while backing up the same file in parallel. The new Dell Precision M3800 mobile workstation is already available with an asking price of $1,699.