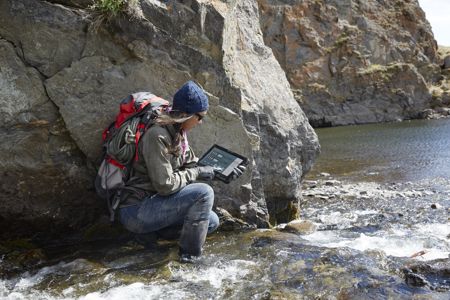 A tablet is a pretty useful thing to have, although not all tablets do come in a form factor that is rugged and long lasting. Dell might have just the thing for those who would want something that is a whole lot tougher than normal, and that would be the Dell Latitude 12 rugged tablet. Specially designed for mobile users who demand performance and reliability in the worst of conditions, this particular tablet is capable of surviving water spills, sand and dust, drops from over four feet as well as extreme temperatures.

It has been specially built with the performance and reliability that customers have come to expect from Dell’s rugged range, where your eyes will be greeted by a crisp 11.6” Direct-View outdoor-readable HD display with gloved-enabled multi-touch capabilities. In order to ensure that one can enjoy peak performance in the most severe temperatures, the rugged tablet itself comes pre-packaged with Fourth Generation QuadCool thermal management and powerful, efficient Fifth Generation Intel Core M processors, and a pair of 2-cell batteries which are capable of offering up to 12 hours of battery life, now how about that?

In terms of reliability and manageability, the rugged tablet sports up to 512GB SSD, 802.11ac Wi-Fi connectivity, GPS support, a customizable RGB backlight and an IP-65 rating to protect against water and dust intrusion. One will also be able to benefit from industry-leading support from Dell, such as ProSupport Plus for PCs and Tablets, in order to ensure that your mobile Dell device remains healthy. Expect the Dell Latitude 12 rugged tablet to be available on Dell.com in the U.S. before this month is over, although pricing details have yet to be determined as at press time. I suppose there is no longer any more need to be extra cautious with this bad boy, right? Hopefully this will continue to spur the world of rugged tablets forward.