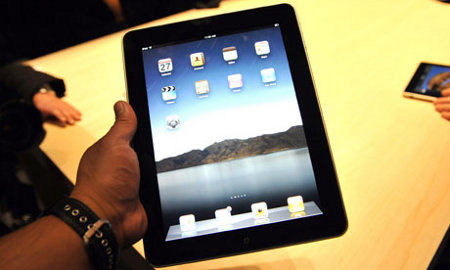 I know that there are moments in life when nothing seems to go your way, and you wished that you would receive a break. Well, the Grants would have felt that way too, when John Grant’s mother, Anthea, breathed her last without having written down her Apple ID as well as password somewhere. After all, who would have thought that it would amount to a rather grievous matter? While Anthea did ensure that she bequeathed her iPad to her family in her will, her family who do not have her Apple ID and password, are hence unable to make use of the iPad. Basically, her iPad has now ended up as a rather large sized paperweight. Is there a way out of this conundrum?

The late Anthea’s family did try to figure out that Apple might have a heart, as they have provided Apple with her death certificate, will and solicitor’s letter, but Apple has made life rather difficult for them. In fact, Cupertino did mentioned that there is one more thing which was required, and that would be a court order in order to prove that she was the owner of the iPad when she was still alive. Ridiculous, don’t you think so?

Josh has mentioned to BBC Radio 5 live’s Victoria Derbyshire, “All we want is the iPad to work… In this situation – who are they protecting?” Apparently, Apple’s security measures that are in place were meant to assist customers in protecting lost or stolen devices, but in this matter, the spirit of the law should be obeyed, and not the letter of the law. Josh continued, “We obviously couldn’t get written permission because mum had died. So my brother has been back and forth with Apple, they’re asking for some kind of proof that he can have the iPad. We’ve provided the death certificate, will and solicitor’s letter but it wasn’t enough. They’ve now asked for a court order to prove that mum was the owner of the iPad and the iTunes account. It’s going to have to go through our solicitor and he charges £200 an hour so it’s a bit of a false economy.”