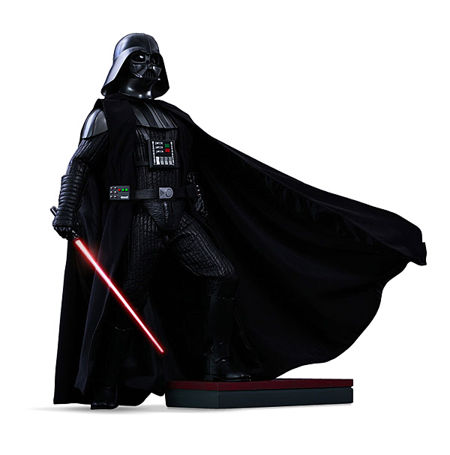 Ah, Star Wars. The space opera that has certainly captured the imagination of millions around the world over the years, spawning plenty of merchandise (action figures included) – which is a cash cow that does not look as though it is about to run out of “milk” anytime soon either. Well, here is something else that might capture your attention – as well as lead you to drop $299.99 along the way. I am referring to the Darth Vader Episode 4 Sixth Scale Figure. The Dark Lord of the Sith certainly looks at his imposing best here, and best of all is, you do not need to provide your own mechanical breathing sound effects here.

Measuring at slightly more than a foot in height, this is one Darth Vader action figure that you would not want to miss, especially when it come with more than 30 articulated parts, accompanied by relevant lights and sounds. Yes sir, the built-in sound effect function boasts of his iconic breathing and there’s an LED light-up function in his system function belt alongside his red lightsaber. Each purchase will come with a bonus Interrogation Droid, now how about that for added value? The Force is definitely strong in this one.