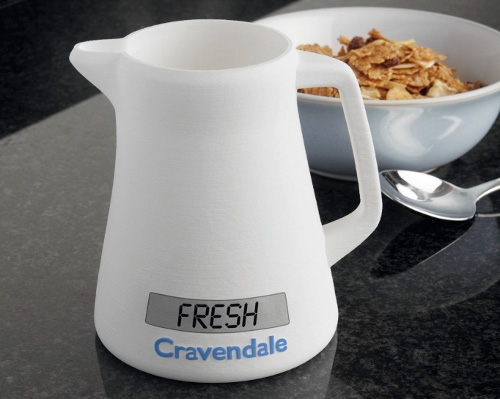 No one ever wants to make the mistake of drinking sour milk.  Personally I’m so careful about it that I’ve probably dumped perfectly good milk down the drain before.  It’s usually because I’ve noticed that the milk is right within that gray area and rather than risk it, I get rid of it.  This would be great for anyone that wants to be sure just where they stand when it comes to the freshness of their milk.  It’d also save a whole lot of good milk from being sent down the drain.

There is a front LCD display that will either read fresh or sour.  It decides how the milk is through a sensor at the bottom of the jug.  When milk becomes sour, it’s more acidic, so this just watches for a drop in pH.  It’s a great idea, but I’m not entirely sure if the concept will ever make it into the reality stage.  If it did, it would make a whole lot of households less wasteful, which is always a perk.