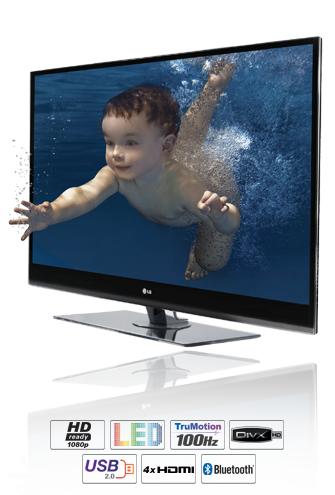 I’m delighted to announce we have a great prize to give away to somebody for Christmas. We’ve teamed up with the cool guys over at LG and are giving away a brand new and cool 42″ LED TV (42SL9000) to one of our UK readers (sorry to our non-UK readers more international competitions will be coming soon).

The first is the new BORDERLESS SL9000 Edge LED TV. The Edge LED TV has it’s backlight actually around the edges of the screen allowing it to measure just 2.9cm in thickness. The glass on the front of the screen also goes right to the edge sitting flush with the bezel making it a complete smooth panel to hang on the wall. The screen is full HD at 1080p and offers amazing picture quality. Gadget Venue

The 1080p LG SL9000’s a slicker version of the SL80 unveiled back in July, rocking the same tiny frame margins. The difference? The LG SL9000 boasts edge LED tech to give it an even smoother finish. Not only is the new LG SL9000 borderless though, it’s almost two dimensional, as it’s less than 3cm thick – ideal for pasting on to the wall. Electric Pig

Glorious to look at, exceptionally well-specified and boasting plenty of features, the LG 42SL9000 makes an admirable attempt at stealing Samsung’s super-slim-TV crown. But a few shortcomings in the picture-quality department make it a likeable rather than irresistible TV, and, unusually for LG, it struggles to justify its cost. cnet

We are going to raffle the TV on Christmas Eve (12PM GMT) so one lucky gadget fan will have an extra special Christmas present, there are three different ways to enter the raffle (multiple entries allowed):

By doing all three you will have 3 entries in the raffle. The closing date of the contest is Christmas Eve at 12pm GMT and just to reiterate it is only open to UK readers (grrr). Best of luck.