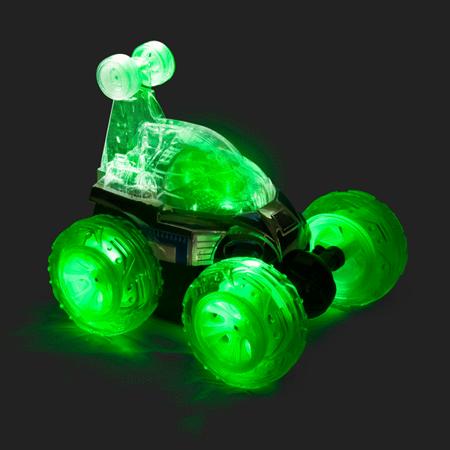 Are you on the lookout for a new remote control toy in order to live out your childhood fantasies? After all, back when you were a wee lad, you were unable to own one of those remote controlled toys simply because your parents decided that getting one of those for you would spoil you, not to mention the money could have been better spent elsewhere. Well, now that you are working and are your own man, Thinkgeek tempts you with the $29.99 Color Capture Car R/C.

This is one unique remote controlled toy car, where it not only responds to your command from the remote in your hand, it also has a chameleon-like capability, as it captures color from a particular surface to change its lights to be as close as possible to the captured color. To make sure that it does not just go around in circles or figure of 8s on the floor, the Color Capture Car R/C will feature a rotating front axle that allows you to perform fun stunts and tricks. Of course, since it relies on LEDs, bright colors are reproduced best, while dark shades like dark browns and black cannot be reproduced. The remote control is powered by a couple of AA batteries, while the car itself can be charged via a power adapter.