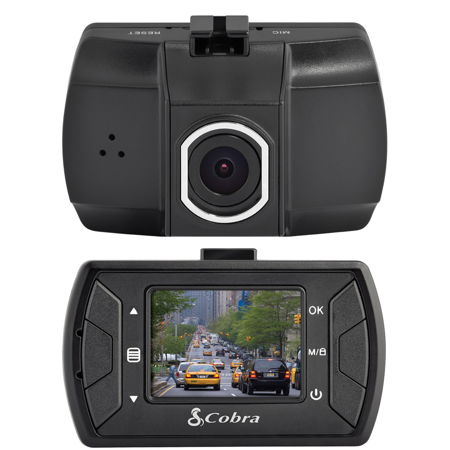 Driving is fun for many, although no one would like to be stuck in a traffic gridlock. While it is convenient to get around in your own set of wheels, there is always some level of risk involved, and accidents to happen to even the best of us. In such circumstances, it would be of utmost importance if you have an eyewitness around to figure out who is right or wrong in a particular situation — and there is nothing better than a digital recording to capture all that had happened in the fender bender. Cobra Electronics has decided to come up with their all new Instant Proof Dash Cam that will help to protect your family, your vehicle, and your driving record through the recording of video evidence just in the event when an incident happens.

The new Instant Proof HD Dash Cam, also known as the IP 200, is a windshield mounted camera which will continuously records video of the road as you drive. It performs all of its video recording in high definition 1080p video while relying on a 120° viewing angle, ensuring that the entire road is filmed while still maintaining focus directly ahead that will be able to read out license plate numbers. With continuous loop recording, it captures and stores footage in 3-minute segments. In the event where the memory card fills up, the camera will then delete the oldest segment automatically in order to make room for the new videos.

There is also an integrated G-Sensor which will be able to sense sudden accelerations and collisions, and it automatically protects footage surrounding the incident. Clips can also be manually saved simply by pressing the File Lock button. Other features of the IP 200 include Motion Detection that offers visual event recording while a vehicle is parked, Auto Record that automatically starts recording upon powering up, among others.

The IP 200 will ship with a 4GB microSD memory card to help you get started right out of the box, with an asking price of $59.95 apiece.