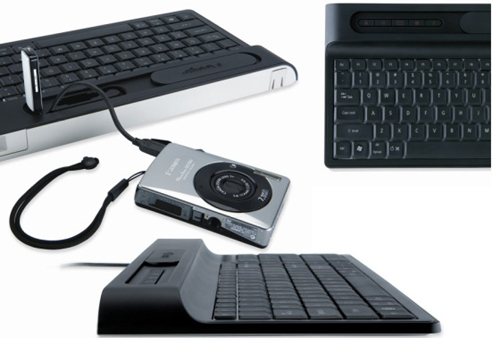 Keyboards generally look and feel very similar. The ones that stand out are usually meant for gaming and tend to feature a few dedicated keys and some sort of neon glow. However, now and then one comes along that offers something just a little different. Take for example this Ci70 from Kensington.

The keyboard itself is a low-profile slim design which would look rather sleek sitting on a desk. However, what sets this keyboard apart is the raised area just behind the keys. Here you will find a mini USB connector housed behind a small sliding door.

Sure, that may not seem like a big deal to have a USB cable attached to the keyboard, however, with the amount of gadgets that utilize such connector, it will come in handy. Rather than always having a cable sticking out of your PC, you can just stow this away inside the small compartment. You can pick one of these up $49.99.