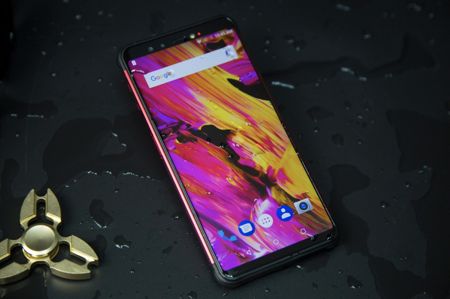 It certainly looks as though the smartphone market is rapidly expanding to include the rugged handset as a mainstay. While we have covered rugged smartphones in the past in the form of the Cat S series, this time around would be a first from China. Specifically speaking, a Chinese smartphone manufacturer known as vernee, as the company has just announced the rollout of its newest flagship model that resides in the mid-high end range, known as the vernee V2 Pro.

The vernee V2 Pro is not your ordinary handset where it is unable to handle knocks and drops. In fact, it will boast of waterproof and dust resistance with a rating of IP68, allowing you to knock it into a sink full of water by accident without having to fear anything. While it might rely on the latest all-screen design trend with an appearance that some might say has a close resemblance to that of the Samsung Galaxy S8 Active, the vernee V2 Pro intends to stand out on its own.

For starters, it will have a 5.99″ FHD+ all-screen with a 2160×1080 display, while protected by Corning Gorilla 2.5D glass that is anti-scratch and drop resistant. This is not to say you can simply treat the phone any way you want to without the screen ever breaking, but it should be able to last the distance. The tough back case will carry a unique “small dot” design that provides an outstanding anti-fouling and anti-slip ability, while the magnalium middle frame has thickened military level TPU material on all four corners to add its firmness and durability.

Powered by a Helio P23 octa-core processor with 6GB of RAM and 64GB of internal memory, there will be 21MP+5MP dual rear cameras and 13MP+5MP dual front cameras, now how about that? NFC connectivity is also supported, while arriving with the usual GPS and Bluetooth support. It will run on Android 8.1 Oreo with its own optimized VOS system, while powered by a 6,200mAh battery. Not too shabby for a start, right?