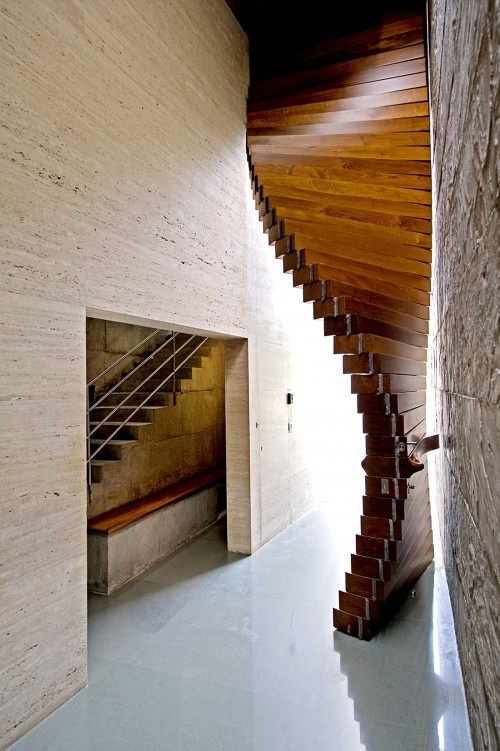 I have never seen a door like this before, and I doubt that the entrance to Diagon Alley from Harry Potter was not as cool as this.

This wave of a door was created by Matharoo Associates for some diamond merchant of India. It will open to reveal a wave-like shape that will reconfigure into a sinusoidal curve when any one section is pushed upon.

The door is about 17 feet tall, and uses a counterweight with 80 ball bearings and 160 pulleys to create this awesome effect.

As I mentioned before, this door was created for diamond merchant in India. I would say that if you ever put this door anywhere, then what is behind it had better be darned impressive. I’m talking about some serious treasure behind it.

Normally, if I was doing a report like this, I would probably say something like “enjoy the video after the jump”. Alas, I don’t seem to have video footage of this today.

I wish that I did, because I want to see if someone could actually get into the door from the bottom while it remains closed on the top. That, or whether you could climb the door like some sort of stairwell if it was half open. Either way, it is quite cool.