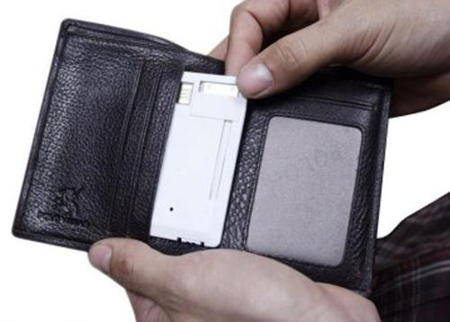 I am quite sure that many of us are familiar with charge cards, and one of the most famous brands would be American Express. However, the Charged-Card is very different, since you are unable to make any kind of purchases with it, but rather, it will still be a lifesaver – albeit in a different way. Basically, it might not be able to help you purchase that brand new handbag with next month’s salary, but rather, it might just give you a nice, big and fat bonus next month as you successfully juice up your smartphone’s dead battery with the Charged-Card with more than adequate juice in order to complete that long running business negotiation that is worth millions. Yes sir, the Charged-Card is a spanking new cell phone accessory which will function as a portable battery charger, a data cable, and an emergency back-up battery, where all of it has been squeezed down down into the size of a credit card.

The Charged-Card is said to be the perfect and complete solution to everyone’s cell phone, iPad, and tablet battery and cable problem, where it is a multi functional charger which can fit into a wallet easily. Gene Aikens, the company’s president and co-creator of the Charged-Card, has been in the line of refurbishing cell phones for over 10 years, touting that majority of the portable battery backups happen to be a whole lot larger than the average cell phone battery.

Having a thickness that is roughly that of three credit cards, the Charged-Card would boast of multiple uses. Among them include a portable battery charger, an emergency back-up battery which can be used during a call, and a data cable which is used to transfer files to or from your portable device, smartphones and tablets included. The Charged-Card itself will come across as self-contained, which would translate to all of its wires being part of the tiny design, ensuring that you no longer need to tote around additional cables before you can make use of the Charged-Card. Apart from that, the Charged-Card also sports of a flashlight function. The asking price? $39.95 a pop.