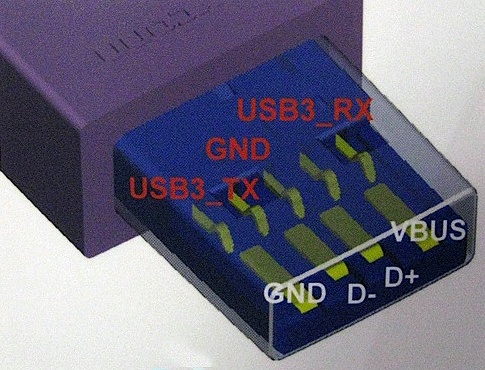 CES has had several surprises this week, and today is one of them as USB 3.0 cables have been spotted on the showroom floor.

USB 3.0 has been talked about for awhile now and everyone has been waiting to see if the promise of blazing transfer speeds can take on the king that is IEEE 1394 (otherwise known as Firewire) 800. Well, the specs are in and USB engineers claim to have squeezed up to nearly 5 Gigs a second (about 600 MB realistically) in transfer speed. Not bad, that’s about twenty percent faster than Firewire 800 set a few years back.

But the cool thing is that instead of turning off the entire port through the OS to conserve energy, the USB3’s system can detect a lack of use and cut the electricity portion of the plug all on its own. That’s pretty nice. The downside? Designers don’t expect USB 3.0 to hit the market until sometime in 2010.

2010?! If Moore’s Law has anything to say about it, by then we’ll be looking at new standards in HD that’ll render those kinds of speeds rather obsolete.

“Tighten your seatbelts, it’s going to be a bumpy ride.”