All right, so you are not of bartender material, but this does not mean that you cannot own your own bar, right? After all, owning a business does not mean you have to be proficient in the product that your business offers, it is just that you are that darn talented in running it, employing … Read more

You might think that the year end holiday season is still some months away, leaving you with plenty of time left to save up and make the necessary holiday purchases in the weeks and even months to come, but life more often than not has a strange way of speeding up things to the extent … Read more

There is diabetes in my family, although I don’t have it, I am all too familiar with the routine. I guess like almost everything in life you get used to doing whatever it is you have to do. Some folks seem to adapt so much better than others. I think I would be a  poor adapter, the simplest things make me crazy, so having to poke myself with a needle several times a day would make me nuts. Luckily for people like me, things are starting to change.
We recently reported on a glucose monitoring iPhone app and other interesting ways to keep track of your blood sugar levels, but heres one you may not have heard about – a nanoparticle ink tattoo that can keep track of your levels without the need for the constant finger pokes and annoying blood squeezing onto those little paper strips.

Epson does not only churn out printers, but they do have a mean collection of projectors as well. One of the latest projector models to be released by Epson to the masses would be the PowerLite X15, where it is said to target small- and medium-sized classrooms in addition to conference rooms, all for a mere $599.
The Epson PowerLite X15 will oust the extremely popular PowerLite 92, and just to get a rough idea on why size does not matter, this new projector is capable of delivering up to 3,000 lumens color and white light output in XGA resolution, as well as sporting advanced connectivity without breaking the bank for home users or small organizations and educational institutions. 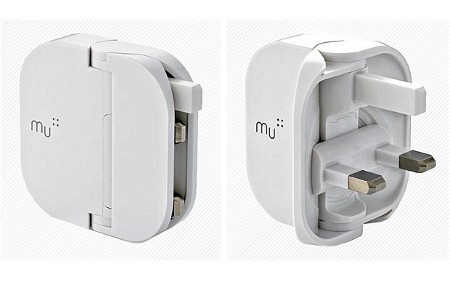 Everyone knows the British plug – and chances are, it sees plenty of action outside of the British islands as well, considering how at one point in time, the sun never set on the British Empire, hence seeing the British power plug in action across other countries. You know the saying – if it ain’t broke, don’t fix it. Having said that, the British plug has remained unchanged in terms of design after the Second World War, which is more than six decades – and counting. I guess no one really found any real reason to change it, but perhaps things might not be the same any more down the road.
After all, that (normally) white chunk of plastic that is a permanent fixture in millions of homes has certainly put on some weight – relatively speaking, of course, compared to the notebooks, smartphones, TVs and tablets that we have come to know and love. Min-Kyu Choi, a designer who hails from South Korea and was trained at London’s Royal College of Art, has managed to come up with the first folding plug in the world.

When we talk about reflexology, most of the time we are drawn to something that has to do with the feet – but the folks over at Hammacher have very different ideas of associating the verb with, by introducing the $119.95 Hand Reflexology Massager. This device will apply a gentle, soothing massage to both the … Read more

Eton has produced a lot of solar-powered, energy efficient gadgets over the years, and so I had to stop by at CES to see what they had for 2012. I found that they were raising quite a ruckus with their Rukus. The Rukus is the first portable Bluetooth sound system with a solar panel to … Read more 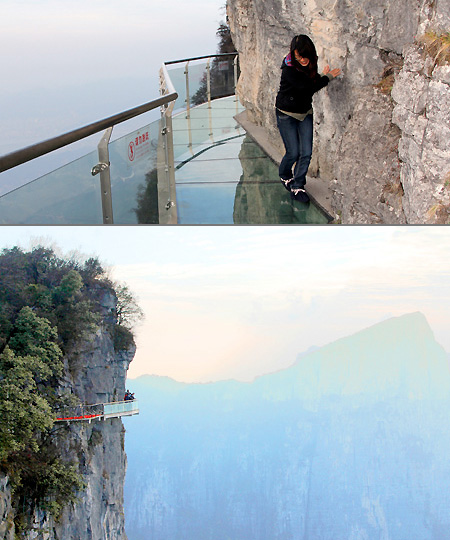 Some of you might remember when we covered the Edge Walk at Toronto’s CN Tower, which is something for thrill seekers. There, you can walk on the edge of a 1,168 foot tower on a line.
Now there is an excellent attraction made for those who want a little thrill in their tour, and it is 4 times higher at 4,700 feet. This is a glass skywalk located on the side of Tianmen mountain in Zhangjiajie, and there is a video after the break if you want to see it for yourself.
This is a terrific way to get some “breathtaking views of the mountains”, and I am not talking about just underneath the sidewalk. By the way, these sidewalks are 2.5 inches thick, so there isn’t a way you are going to fall through, no matter how much jumping you will do. Unless someone brings one of those rings that can shatter glass, like in Die Another Day. 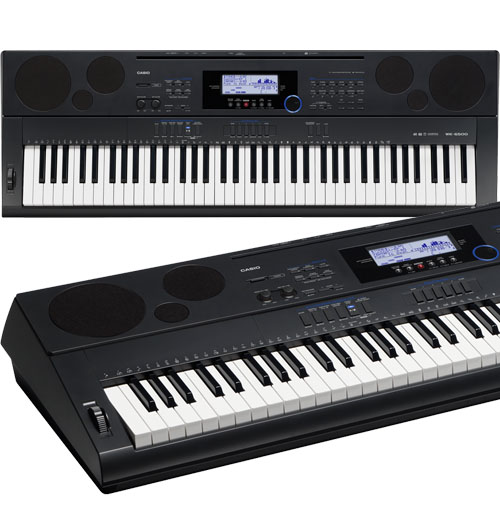 I remember having a Casio keyboard when I was ninth grade, and it was about the size of my forearm with about 8 rhythms and instruments. That tiny white keyboard would like like a wimp compared to the Casio WK-6500 Workstation Keyboard.
The WK-6500 has a 76-key full size with 670 tones and programs. It has a song sequencer, tone editor, multiple digital effects, mixer, performance registration memory, USB MIDI interface, SD card storage, as well as hundreds of editable tones.
The specs are pretty impressive. It has a rhythm editor that can turn individual instrumental portions on or off and adjust volume, pan reverb and other parameters for personal rhythms, storing up to 10 original rhythms at a time. It also has a 16 track song sequencer plus 1 system to support recording of up to 5 songs or 30,000 notes, with a chance of editing all of them in between. Also included are a wide range of built-in effects like 10 reverbs, 5 choruses, 100 DSP types. All this plus a high-output 2-way bass reflex sound system.

Sure you have heard of speed chess before, where you not only need your wits about you, but also an extremely high level of knowledge of the strategy game. Instead of not being constrained by the lack of time, speed chess requires you to be accurate and confident of your moves, all the while reserving … Read more