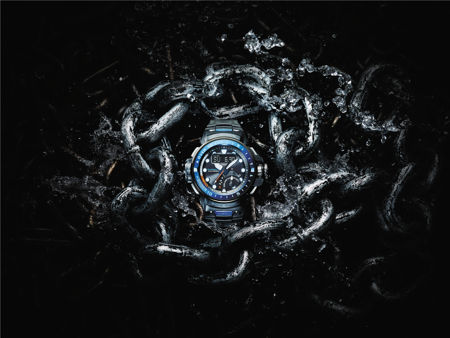 When it comes to timepieces, there are three different categories. The first would be the functional one, where you do not have to spend too much money in order to acquire a regular timekeeping device on your wrist, while the second would fall under the luxurious range — one that costs a bomb, but is worth passing down to the next generation. Last but not least would be the tough-as-nails watches, and this is where Casio has long been an expert with their G-Shock collection. This time around, the spanking new Casio G-Shock Gulfmaster is touted to arrive with quad sensor technology, now how about that?

Also known by its model number of GWNQ1000-1A, this is a brand new model that will introduce Quad Sensor technology into its shell, which will see the addition of a water depth sensor to the watch for the first-time ever alongside the atmospheric pressure sensor (altimeter/barometer), temperature sensor (thermometer), and magnetic sensor for compass readings. Specially designed for coast guard officers and others who are extremely active at sea, this new addition to the Gulfmaster range is equipped to track changing ocean conditions and help users during intense rescue activities. After all, it would be a pity if the rescuer is in need of some rescuing, don’t you think so?

The Gulfmaster GWNQ1000-1A’s atmospheric pressure sensor will be able to help predict a sudden change in weather conditions, not to mention having its temperature sensor read changes in air and water temperature. The timepiece will also be accompanied by a magnetic sensor to help detect bearing, while the water depth sensor can measure an individual’s current depth under water. When they all work together, Voltron will not appear, but rather, the five sensor modes (altitude, atmospheric pressure, temperature, depth and compass bearing) can let the user assess changing ocean conditions in real time in order to swiftly rescue a person in need. All of the sensor modes can be displayed on the watch’s face, where a button is used to toggle between sensors on its side.

Expect the Gulfmaster GWNQ1000-1A to arrive in black with blue accents, where it will carry an asking price of $850 a pop from the beginning of next month onward.