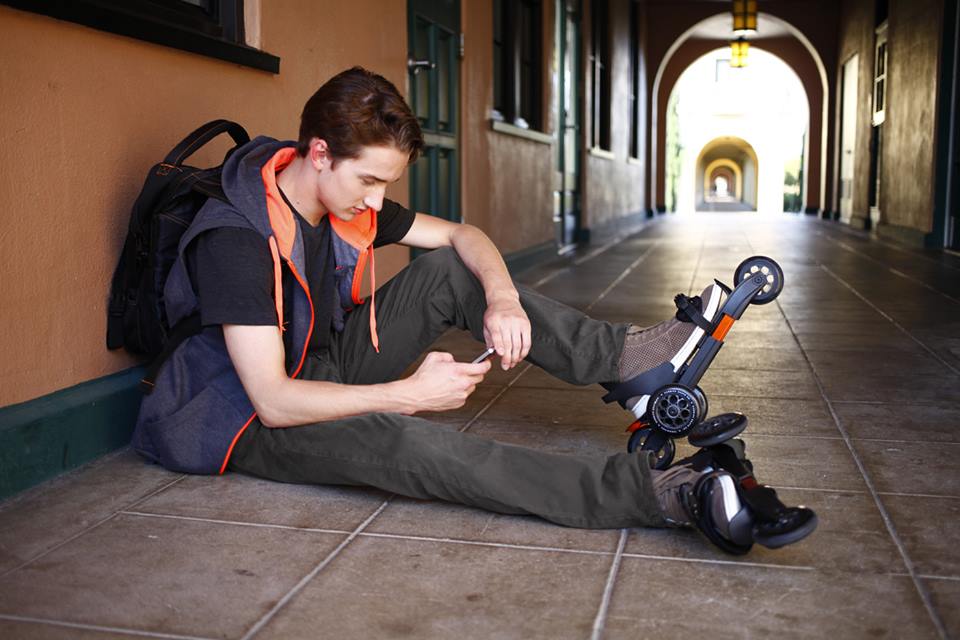 There are some things that we did when we were young for the sake of play that seem like too much work now. The laborious task of putting on roller blades and carrying them from place to place when they aren’t in use just doesn’t seem worth it for going to and from work. Normally something a little more streamlined like a bicycle will do the trick. However, their size makes it so you have to leave them somewhere that they might be stolen.

If you wish skating could be as carefree and fun as it used to be, then the Cardiff Skate S2 might be the way to make it so. This is a 3-wheeled bootless system that straps on over top of your shoes. They are a one-size-fits-all, but there are always going to be some exceptions. Try not to wear high heels or the clunkiest boots you own, because they will undoubtedly fail you in this situation.

They’re easy to put on and take off as there’s an automatic size adjustment system, which means they’re perfect for people on the go. They use ABEC 5 chrome bearings, aluminum spacers, and anodized aluminum rails and brakes. The straps have EVA foam so they won’t cut into you after prolonged use, but they will take a bit of getting used to as they are a bit fatter than most skates as the wheel is outside of the frame rather than under. These weigh 11 pounds, so they’ll still be a bit of a bother to carry around, but the positive is that you can keep them with you throughout the day at your desk. Should you have interest in a little nostalgia and wouldn’t mind the commuting exercise, these will cost you around $160 or more.

Available for purchase on CardiffSkate