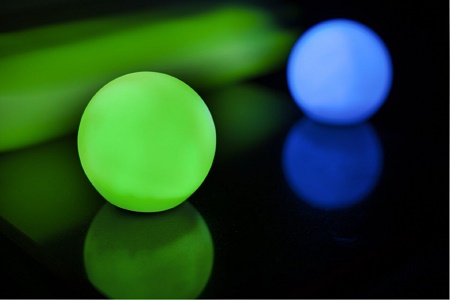 When you think of summer, notions of going to the beach, tossing a ball around, or going to the park arise in your mind. Of course, these are usually daytime activities, but that doesn’t mean we aren’t willing to play at night. The only issue is that it’s harder to see, and not everyone is equipped with night vision. Capture the flag can be played whether it’s day or night, but it’s very hard to keep track of who is on what team or see where your objective is past sundown.

If you like putting a modern spin on games you used to love as a kid, then Capture the Flag REDUX is going to be your new favorite way to play at night. The rules are the same, but instead of having a boring traffic cone or ball be the flag, you’ll have a glowing orb which you must take to your side. One is blue and the other is green, with a plethora of glow in the dark wristbands which you can use to denote who belongs on what side.

You’ll need 8-20 people to play this game at its full potential, but that doesn’t mean that you can’t enjoy it with fewer. While this seems more like a game for children, that doesn’t stop us adults from enjoying a game that gets your blood pumping. This kit will cost you $48, but will definitely be worth it for the amount of fun you’ll get out of it for so many people.