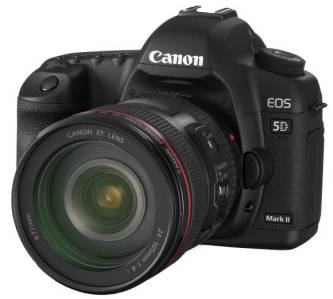 It’s Canon’s latest high end SLR, and it makes some seriously stunning high definition videos. But Houston, we have a problem. It seems that users are complaining about a phantom “black dot” that appears in images taken with the $2500 digital SLR. The dot, usually hovering around strong light sources, is very prevalent and Canon has issued a statement that an investigation is under way as to the culprit. In addition, there seems to be an additional flaw of vertical banding noise in certain conditions. 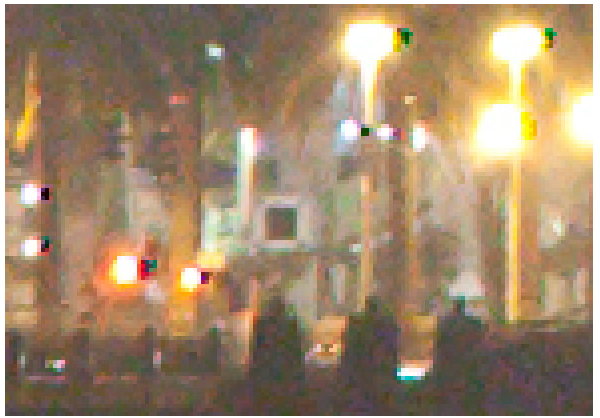 According to the press release, the black dot phenomenon can occur while shooting night scenes, and appear on the right side of point light. Apparently, the dots aren’t as noticeable in snapshots, but become very pronounced as images are either enlarged on a monitor or, when enlargement prints are made. The vertical banding issue apparently only rears its ugly head when the image quality is set to “sRAW1.” “RAW,” “sRAW2” and “JPEG” images are not affected. Meanwhile, 5D Mk. II owners can reduce the noise by adjusting the C.Fn II-3 and setting the highlight tone priority to 0: Disable.

Both Black Dot and vertical banding do not appear to affect the high definition video function.

This may lead to the conclusion that a bug in the firmware which handles metering and capture may be the culprit and hopefully, a quick fix will be released in an update.

$2500 is a lot to spend for a black meatball in the middle of your Kodak moment.