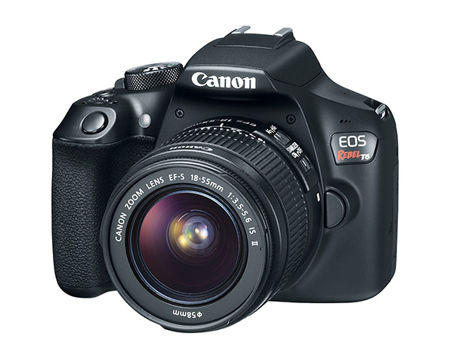 Canon has just announced its latest entry-level DSLR camera, which would be known as the EOS Rebel T6 just in case you are interested in picking up something that is easy to shoot with and yet delivers the right amount of detail that you would like. The Canon EOS Rebel T6 camera will bring with it sharing of high quality photos and videos that will certainly find a home at all of your popular social media sites through compatible smartphones and other mobile devices, in addition to Canon’s Connect Station CS100.

Basically, smartphone users who happen to be also passionate about photography and are ready to take that next step to creating their best images and videos ever will appreciate the ease-of-use and affordability of the new EOS Rebel T6 camera. There will be a wide range of features found in the Canon EOS Rebel T6 DSLR camera such as an 18 megapixel Canon CMOS (APS-C) image sensor and high-performance DIGIC 4+ Image Processor that can deliver excellent image quality and speedy operation, ISO 100–6400 (expandable to H: 12800) for shooting from bright light to low light, in addition to built-in Wi-Fi and NFC connectivity for easy sharing to smart devices, social media sites and the Canon Connect Station CS100 device.

There is also a 9-point AF system (that will include a single center cross-type AF point) and AI Servo AF provide impressive autofocus performance with accurate results. The high-performance Optical Viewfinder will assist in facilitating quick and accurate focusing by firmly framing and capturing the subject at hand, while the large, 3” LCD monitor sports 920,000 dots for easy viewing and reviewing. It will also come with Full HD video mode for high quality, easy-to-use video capture, and the Rebel T6 ensures that missed photo opportunities will be a thing that is relegated to the history bin.

The Canon EOS Rebel T6 camera will play nice with the whole shebang of Canon EF and EF-S lens system, including over 60 current models enabling users to capture their world in different perspectives ranging from Fisheye to Super-Telephoto. It is all set for a release some time next month, where the Canon EOS Rebel T6 camera will carry an estimated retail price of $549.99 when bundled with the EF-S 18-55mm f/3.5-5.6 IS II standard zoom lens.