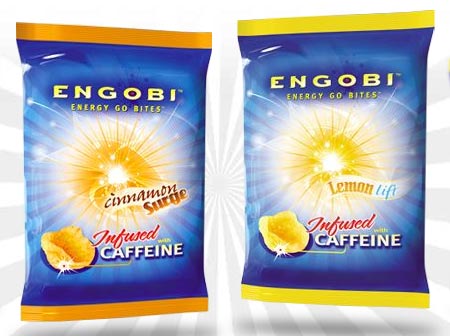 Picture this. It’s 4 A.M. on a Wednesday late night. You’ve been playing World of Warcraft for the past 10 hours or so since you got home from work, yet are hell bent on leveling up your character by the time you have to go to work in the coming hours. Your stomach rumbles for sustenance and you remember the last thing you consumed was a Red Bull about 12 hours earlier.

So there you are, feigning for both a salty snack and a caffeine induced second wind. The bottle of Jolt cola and a bag of Cheetos are sounding pretty good, yet all of your local stores are closed. It’s time to stock up on the Engobi Caffeine Infused Potato Chips.

When we say these chips are caffeine infused, what we mean is that the chips are probably more parts caffeine than they are fried potato slices. According to Engobi a 1.5-ounce serving contains about “70% more caffeine than those little energy drinks.” And more importantly, they cost a measly $1.29 a bag.

Engobi has recently launched a guerrilla marketing campaign for the chips called “Girls, Guitars and Geeks City Tour,” where geeks can interact “with a Guitar Hero-equipped van, giving gamers willing to leave their basements the chance to compete for Guitar Hero controllers and gear emblazoned with the name of everyone’s favorite insomnia-inducing snack product.”

We’re more worried about what these chips taste like. Word on the street is that they are difficult to eat without becoming sick, thanks to the available flavors, Cinnamon Surge and Lemon Lift.