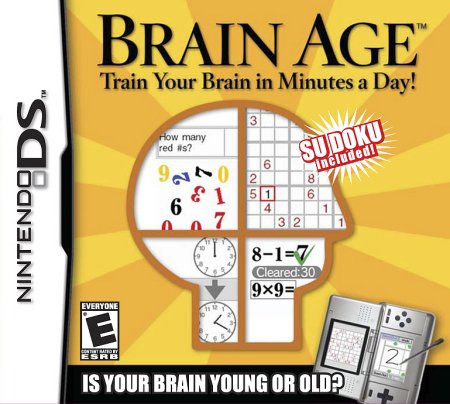 Expensive electronic brain trainers like “Brain Age” are no better than keeping the mind young and sharp than the daily crossword puzzle, according to experts in the United Kingdom. Based on a study commissioned by the consumer group “Which?,” three experts were tasked to check claims made by Nintendo and other devices that brain games increase memory and are instrumental in staving off mental disorders like Dimentia.

Games costing as much as $100, including “Dr. Kawashimas Brain Training” for the Nintendo DS state that the exercise games target the frontal cortex region of the brain and that they increase blood flow to that section. But experts such as Dr. Chris Bird of the Universiry College of London found simply doing a daily crossword puzzle, as well as eating a healthy diet and keeping to a consistent exercise regimen does just as well. In fact, the peer review found that research requested from the game manufacturers was wholly insufficient to support the claims.

In addition, the team found that these brain trainers weren’t any better than computer games like Tetris in accomplishing it’s aims.
Martyn Hocking, editor at Which?, said: “If people enjoy using these games, then they should continue to do so – that’s a no-brainer. “But if people are under the illusion that these devices are scientifically proven to keep their minds in shape, they need to think again.”