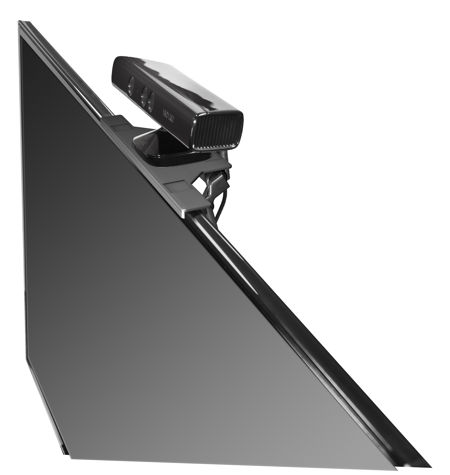 The gaming industry has certainly come a long way since the 8-bit days of the NES, although that was a pretty successful period. Over the years, the graphical prowess of games has leaped many times, and we get more and more realistic looking titles hit the market with each passing generation of the game console. In fact, the quality of audio has also improved by leaps and bounds, and stereo audio is not going to cut the mustard any more these days. Having said that, while Virtual Reality titles might still be some ways off before it is perfected, motion controlled gaming, thanks to the Wii and its successor, the Nintendo Wii U, have definitely opened up the door to a new generation of games. In fact, motion controlled gaming would require some sort of sensor to be placed on top of the TV or in front of you before it can work, and Bracketron thinks that they might have something good going on here with the GamesSense TV gaming eye sensor mount.

The GamesSense, a TV gaming eye sensor mount, will be more than a welcome addition for avid gamers to maintain control of their game. What makes it so special in the first place to warrant a place in your living room? For starters, it will boast of a unique shelf design that will enable it to offer a wider mounting surface, making it play nice with just about all of your gaming sensors, and the entire shebang will include those for PlayStation, Xbox One, Wii & Wii U and Xbox 360.

Specially designed to securely hold your gaming system’s eye sensor, the GameSense is capable of attaching easily to the top of your flat panel TV for improved interaction and performance. Since your eye sensor will then be centered and secure, one will be able to bring gaze-based control to a whole new level, helping you maximize your gaming experience along the way. The asking price for the GameSense TV gaming eye sensor mount would be an extremely affordable $19.99 a pop.