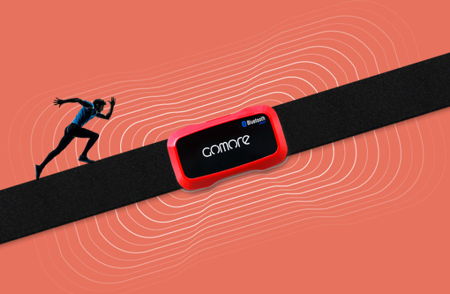 Wearable technology is slowly but surely making its way into the world and pervading all the different aspects of our lives. Having said that, bOMDIC has plans to unveil their very own GoMore, which is touted to be the world’s first wearable stamina fitness sensor and app over in the US, targeting the consumer market when CES 2015 kicks off next week. Of course, before the company works on introducing the GoMore to the masses, they have already sent it for testing with professional athletes in the past three years. Expect version 1.1 to be showcased at CES.

Just how does GoMore work in the first place? Well, it intends to break new ground in the wearable fitness sensor market by assisting athletes understand the amount of stamina that is required in real time throughout the entire workout, and athletes too, will have a better idea as to when their bodies are experiencing more and more fatigue, in addition to when they will have to change the intensity of their workout in order to achieve an optimal level of performance.

This particular solution was built on the solid platform of a patented algorithm which will be able to measure the athlete’s heart rate simply by calculating a whopping 64,000 data points each second. The sensor itself will be connected to a chest strap, where it detects the athlete’s decreasing stamina whenever their pace slows down, which could be the result of having to breathe harder that will directly lead to muscle fatigue and lactic acid build-up.

The target market for the GoMore happens to be professional-level athlete and individuals who are training hard for events that require them to track their workout goals, which means only those who are dead serious need to apply. The three major features of the GoMore would be FATIGUE ALERT, POTENTIAL PROJECTOR, and STAMINA ANALYSIS.