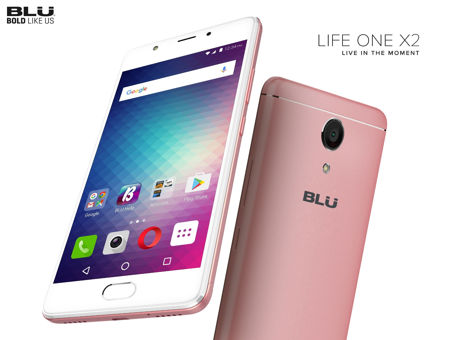 No doubt high end smartphones tend to garner a whole lot of attention whenever they are launched, and not everyone is able to afford them, either. However, the entry-level and mir-range devices tend to be the bread and butter of many a smartphone manufacturer, which is why competition on the other end of the spectrum is not any easier, either. BLU has had its fair share of cheap and functional smartphones in the past, but this time they have revealed a successor to last year’s king of budget Android smartphones, the Blu Life One X. The answer? None other than the new Blu Life One X2.

The sequel to the Blu Life One X will come with its fair share of technology upgrades in order to keep up with the times, and best of all is, it will be able to maintain its $149.99 price point. There will be a Snapdragon 430 processor from Qualcomm that keeps the Blu Life One X2 chugging along in its everyday tasks, which is a 30% increase in performance as opposed to the previous generation.

Apart from that, it comes with integrated X6 LTE, cutting-edge camera technology with dual-Image Signal processors, and a next-generation GPU that ensures you will be able to enjoy fast downloads and uploads, stunning graphics and photos with battery life to spare.

The 5.2-inch display will show off images at 1080p Full HD resolution at 60 frames a second, ensuring your eyes will not be able to tire out after a while, and the Qualcomm Adreno 505 GPU delivers efficient, high-quality graphics performance and extended battery life.

Not only that, Qualcomm Quick Charge 3.0 is up to four times as fast as conventional charging and is 38% more efficient than Quick Charge 2.0. This translates to you having to spend less time charging and more time doing. The Blu Life One X2 will arrive with 64GB of internal memory and 4GB of RAM if you decide to top up another $50, making it the first of its kind to offer 4GB of RAM under the $200 price point.

Other features include aircraft grade aluminum, a 16MP shooter at the back, a wide-angle 8MP camera in front with LED flash, an ultra-fast fingerprint sensor on the outside for added security, and Android 6.0.1 Marshmallow right out of the box.