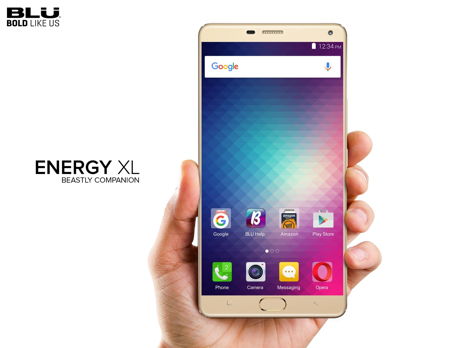 BLU is a name that is more often than not associated with decent smartphones that offer plenty of bang for your hard earned buck. Well, they did reveal the BLU R1 HD not too long ago, and this time around, we have yet another smartphone from the company that you might just want to consider if you are on the lookout for an affordable device that helps you to communicate without missing a beat — in the form of the BLU Energy XL.

What makes the BLU Energy XL so different from the other smartphones that are in the market? For starters, it will sport a really massive battery that will be 5,000mAh in nature, now that is going to last a long time. In fact, it should have more than enough in its tank to run for the whole day without requiring you to plug it to a powerbank.

The BLU Energy XL is a flagship handset, and since it has its focus solely on long lasting battery life, BLU claims that it should be able to last an incredible 30 days in stand-by mode, or up to 3 days of standard usage on a single.

Other hardware specifications include a MediaTek MT6753 64-bit octa-core processor with an ARM Mali T720 graphics chipset, 6” Full HD Super AMOLED display, an ultra-fast Finger Print Sensor, Lightning Quick Charge support, 3GB of RAM, 64GB of internal memory, a metal chassis, a 13MP shooter at the back, a 5MP camera in front for selfie lovers, 4G LTE capability, as well as playing nice on both T-Mobile and AT&T networks in the US. As for the asking price of the BLU Energy XL, it will arrive for $299 a pop, unlocked of course, so that you do not need to be tethered down to a particular carrier right from the get go with a 2-year contract.