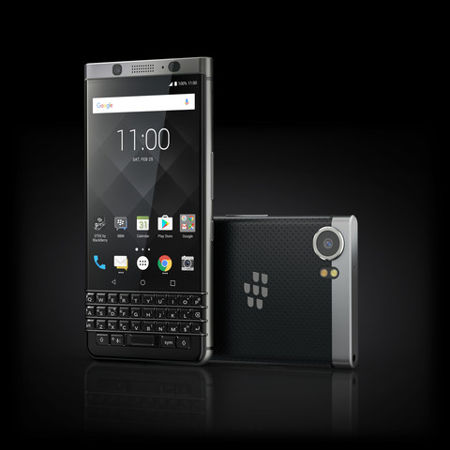 BlackBerry might be deem to be irrelevant among smartphone users, but they do happen to have a new lease of life as shown in the recent MWC 2017 in Barcelona, Spain. TCL Communication, a leading global smartphone manufacturer from China, has decided to work alongside BlackBerry to reveal the latest BlackBerry smartphone to the masses, calling it the BlackBerry KEYone.

The BlackBerry KEYone would be the very first BlackBerry smartphone that rolled off from TCL Communication’s manufacturing lines, thanks to a new brand licensing agreement that was agreed upon just last December with BlackBerry Limited. The BlackBerry KEYone will arrive with a great camera, display and design for a truly special user experience. In other words, the KEYone brings together the best of BlackBerry Limited’s software and security, alongside TCL Communication’s commitment when it comes to reliable and high performing smartphones.

Those who are interested in the BlackBerry KEYone can pick it up from next month onward for €599/ £499/$549, depending on the region in which you live in. Definitely not the cheapest device around unlocked, but then again, it is not going to break the $1,000 price ceiling that the Samsung Galaxy S8 and iPhone 8 are expected to.

The BlackBerry KEYone arrives in an anodized aluminum chassis and soft touch textured back, featuring a 4.5-inch display at 1620×1080 resolution, with Corning Gorilla Glass 4. Merging a touch display with a physical keyboard, users will have more useable space for typing. It will run on Android 7.1 Nougat right out of the box, in addition to BlackBerry Hub so that all of your messages will appear in one consolidated place. Running underneath the hood would be the Qualcomm Snapdragon 625 processor with a Qualcomm Adreno 506 GPU, accompanied by Quick Charge 3.0 technology, a 12MP rear camera, and a wide angle 8MP front facing camera.