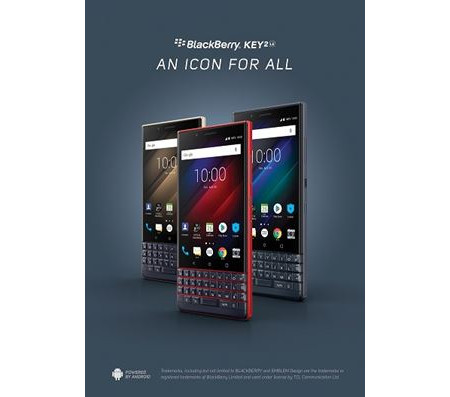 While the BlackBerry Key2 LE runs on Android, this does not mean that it has ditched its traditional strength: which would be security. Boasting of a lightweight polycarbonate frame as well as a newly designed soft textured back, other hardware specifications include a Full HD, 2.5D display, a redesigned keyboard with keys that is close to 10 percent larger compared to the BlackBerry KEYone, and the Speed Key that is is complemented by 52 customizable shortcuts in order to provide unprecedented flexibility in programming each key to instantly bring up the contacts and apps you most frequently use.

At the back lies a dual rear camera (13MP+5MP), offering the much vaunted Portrait mode that many higher end smartphones feature these days. The front-facing camera is an 8MP shooter complete with a LCD flash. This seems to be the perfect BlackBerry smartphone for beginners at a highly attractive price point.